Here are the Real Heroes...

Hoagy's Heroes is proud to share with you pictures and stories of the kids we have helped with granting their special wishes. 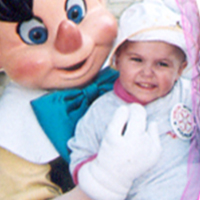 3 year-old Deanna had been diagnosed with a brain tumor. Her wish was to visit Disney World. She and her
family started the day with a white stretch limousine pulling up to her home to deliver them "in style" to the
airport. They visited all the theme parks at Disney World and were treated like royalty during their stay. 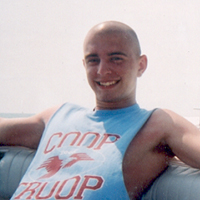 20 year old Nate's wish was for a "trip to the beach and to golf". Nate and his family traveled to Marco Island in Florida and had a "fabulous time". He and his family had a beachfront view of the ocean and played golf at some of the most beautiful courses on Marco Island. When Nate wasn't golfing, he was enjoying spending time at the beach, jet skiing and even went parasailing! 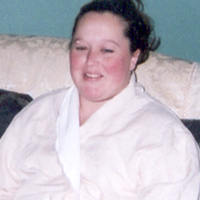 18 year old Samantha awaits her "day at the spa" to be pampered. Samantha and her family enjoyed being treated like royalty for the day. She said it was the "best time my family and I have ever had"! 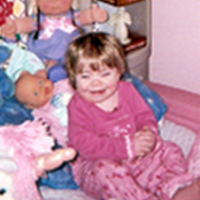 9 month old Sydney, diagnosed with a genetic disorder, wanted a bed fit for a princess. Not only did she get her bed, but all new furniture for her room! Princess Sydney loves her new bedroom! 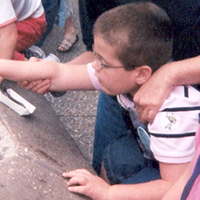 7 year old Alex gets "up close and personal" with the dolphins at Disney World. He and his family made many memories during their visit which included swimming with the help of a special chair that Alex could use in the water. He said "the whole family wanted to cry because they had to leave". He said "he would never forget this trip as long as he lived" and that "he would treasure the trip forever". 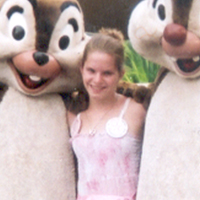 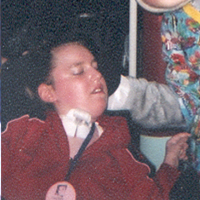 11 year old Kara spends some time with Ms. Merry at Give Kids the World in Florida. She and her family traveled to Disney World where they spent 7 days enjoying the sunshine and all the parks. The only problem Kara had was deciding on which park to visit next! 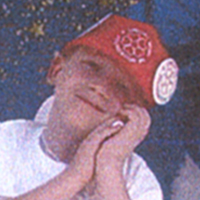 10 year old Joseph had never been on vacation and wanted to go to Disney World. Joseph and his family had such fun in Florida! He got to do so many things that he had never done before. He made a daily journal and said there were so many "firsts" that he experienced...first time in a limousine and first time flying! 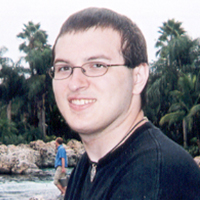 19 year old Lance wanted to visit a media arts college that is for those who are interested in the music production field. He had his own personal guide conduct the tour of the college. He also got to go rafting on his trip....which he really enjoyed! Shortly after his return, Lance became very ill and in his letter to A Special Wish, he said...